A few one paragraph reviews of various roleplaying game PDFs I have been reading over the last few months.

“Being a collection of maps & adventures set under the earth”.  153 pages. $9.99 from Drivethrurpg.com. Old school fantasy dungeon crawl maps. The first half are keyed with generic encounters, the second half are just the maps. One 11 level dungeon, and another 49 individual location maps (tombs, mines, bridges, throne rooms, monasteries, etc.).  I have found it useful for off the cuff dungeons and planned encounters. There are quite a few people making a few coins by publishing old school dungeon crawl maps. 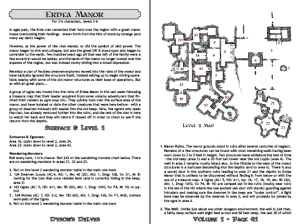 “Being a treatise regarding Magics, Sorceries, and Dark Arts for Fantasy RPGs”. 161 pages. $9.99 from Drivethrurpg.com. Old school renaissance (OSR) with 13 magic using classes, some familiar looking spell lists from Labyrinth Lord, 28 pages of magic items, and a few monsters. I found the section on magic items useful, lots of good ideas to borrow for my tabletop games (I now try to always have a 1d100 chart of wondrous junk and treasure for the players to encounter while shopping).

A roleplaying game of cinematic Lovecraftian SF. 196 pages. $14.95 from Drivethrurpg.com. Eldritch Skies extrapolates from the Lovecraft canon into a future where human governments make deals with aliens and start exploring the depths of space in the post-revelation era. Its a pulp game, much more optimistic and hopeful in tone than classic Call of Cthulhu. PCs are likely to work for the UN agency OPS, trying to protect the remaining secrets of the Great Old Ones, and to prevent aliens from harming humanity/earth. I’m not really familiar enough with Savage Worlds to judge the adjustments it makes to the system, but PC generation and play looks straightforward. Bonus points for allowing PCs to be Deep Ones or Half-Ghouls. Rather than Sanity, you have a rating for exposure to hyperspace. From a design point of view, I found the notes on the fate of alien species (ascension into hyperspace, extinction due to carelessness, or cautious stasis) to be useful for any setting where you might want to think about the implications of Drake’s Equation. 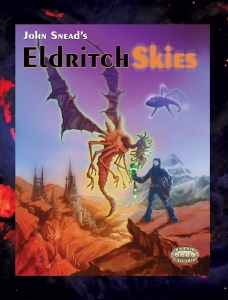 This book aids the creation of a generic Western European medieval world consistent with D&D (3rd edition). 194 pages. $14.40 from Drivethrurpg.com. Its history plus Fireballs, Resurrections, and magic swords/wands. I think it succeeds in adding a touch of realism, but for me its almost a valiant failure, because D&D magic would be so subversive of what happened historically – Castles and Knights just don’t make as much sense in a world with flight, invisibility, etc. So for me, the real value is just the plain historical guff on crop rotation, manorial tithes, etc.

Lords of Gossamer and Shadow, by Jason Durall

This book updates and reprints the Amber diceless roleplaying system with a new setting. $19.99 from Drivethrurpg.com. I am not sold on the diceless system – on the one hand it pushes for a character ranked first in an attribute to always win contests with that attribute, elsewhere its clear that other characters can negotiate, argue, twist to another attribute, etc to win – despite not being first rank.  It did, however, make me interested in exploring rules for campaign settings where the players design all the PC races (because really, why should the GM decide Our Space Elves Are Different?), and then also design the enemy races (spend lots of points to build the big bads/masterminds, spend no points and create a race of pitiful mooks). The Grand Stair, and its infinite doors linking all the worlds together is a solid idea for any campaign setting. The Dwimmerlaik were also an interesting great enemy race.

Red Tide: Adventure in a Crimson World, by Kevin Crawford

Another OSR product.  $7.99 from Drivethrurpg.com. The language of OSR systems is familiar to me from the D&D games of my youth, so its easy for me to ignore it and focus on the cool ideas in the setting. TLDR Red mist drives people crazy/mutates them, people flee on boats to an island crawling with Orcs, which the mist does not extend to. Flavour is oriental, with demon worshiping Samurai, and Chinese cultural elements. The Orcs are not just mindless savages, and their background gives them a lot more depth than they usually get in D&D. Favourite bit though was the Dwarves, the reason they accumulate gold, is because its essential for forging spirit weapons/armour used in the afterlife to fight a vengeful Goddess the Dwarves have rebelled against.

This is a wonderful homage to the dungeoncrawls of yesteryere, with modern mechanics to improve story telling (based on Mouse Guard). $15.00 from Drivethru.rpg.com. A key focus of the game is on rigid accounting for time and inventory. Torches, rations and other supplies are all carefully tracked. If you don’t have room in the sacks, you cannot take the loot with you. The black and white artwork really reminded me strongly for the Fiend Folio and the Steve Jackson Fighting Fantasy books. An interesting tough, is that one way of increasing your XP, is to increase your chance of failure on an important dice check.

This is a Nobilis spin-off, some kind of pastoral kids growing up story telling theme. Not my kind of thing. I stopped reading after about twenty minutes. YMMV.

A lot more comprehensible to me than Chuubo’s, but still a struggle for me to read and complete. $19.95 from Drivethrurpg.com. The accompanying side bar text is very evocative, some of the best I have ever seen. The illustrations were a lot more perky than usual for roleplaying games, even when handling some difficult topics. The background world concept, Estates (your role as a fundamental expression and guardian of the universe) and Domains (home bases), was also quite nice. Mechanics are very text based, even though there are some numbers in there, its a conversation resolution system, not a dice fest. I think I would struggle to run a game with this, unless all the players had spent a lot of time with the rules beforehand. 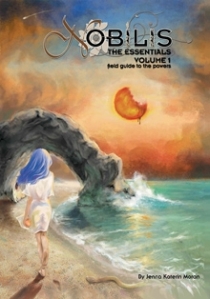 A retro sci-fi future past. $19.99 from Drivethrurpg.com. Its ray guns and Flash Gordon rockets within the Solar System, with a 1930s setting. So the Great Powers are being colonial bullies on Mars, and the Germans are developing war technology to conquer the solar system with. The artwork is solidly in that retro art deco style, which I like. Lots of alien species. Its take on a Barsoomian style Mars is quite engaging, and I like it more than the Space: 1889 take on red Mars and its canal civilisations, but there is plenty of room elsewhere in the system for different flavours of adventure. Main mechanic is 2d6 + Attribute + Skill +/- modifiers compared to difficulty setting. 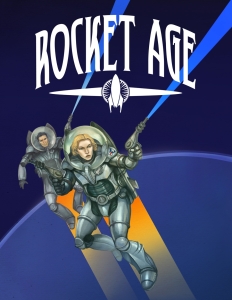