Back to the drawing board

So the last version of Housewar was taking 4+ hours to play.  It was fun, but not as quick as I want (sub-two hours with 5 players), so back to the drawing board we go.

Some changes to the map. Part of the design is to have only 20 areas on the map (and then using a rough rule of thumb from Diplomacy of only having infrastructure tokens for 2/3 of the map areas (13 in this case, which is a flavourful number for a Decline & Fall game).  The other is to see what happens when I surround the central Glory point territory (Core Sector) by exactly ONE sector (the Heartland Sectors on the above map).  In past versions of the map there have been 4+ sectors adjacent to the Core, but it was always liable to end up being controlled by 1-2 players, excluding other players from scoring opportunities.  So I am thinking this version of the map might see players contesting the approaches a little more.

I also got to experiment with the function of the art package that lets me draw text along a curve easily. Once I do a test print to see if I have the dimensions right, I can tidy up this package.

Overall conceptual change is to just the player locus from being powers within the Empire, to being Pirates from outside the Empire. Over the course of the game the Pirates gain recognition (i.e. Glory) within the Empire, and at a certain point the player with the most Glory becomes the Last Strong Emperor. This triggers the endgame, where the Emperor must defeat all of the other players to win the game.

For the initial game flow, I am borrowing the power generation mechanics from Cthulhu Wars.  So the early game is about expanding as fast as possible to capture territory and build Bases to increase power income. All the power is used each turn on game actions.  The mid-game is triggered when people start building Dreadnoughts, expensive units with special powers.  Each Dreadnought is generated randomly, by drawing two random technology counters. Its a bit like the civilisation tiles in Vinci. So one counter might be “Move +1” and another counter is “Repair damage as a free action”.  Each counter will have a cost of 1-6 power, combining for a total Dreadnought cost of 2-12.  Each time a Dreadnought is built, all the existing combinations that were passed over get a cumulative one power discount to purchase.

I have found a pack of ~144 plastic spaceship models, in eight types and six colours, which sells for around $10 on Ebay/Amazon (plus shipping). So I will have lots of cool tokens to represent the Dreadnoughts.  They should hopefully turn up in a couple of weeks. 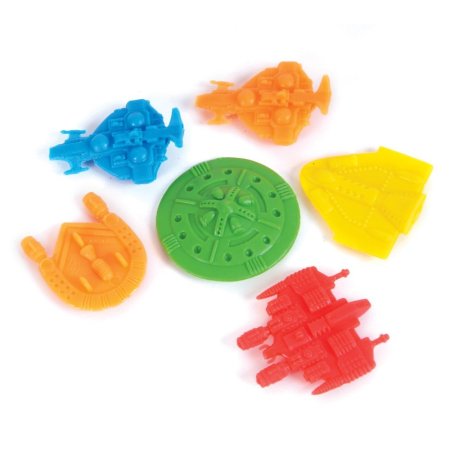 I also grabbed a couple of packs of old Silent Death fighters (upper picture below) and some space ship tokens from a Buck Rodgers boardgame (which will provide the “popcorn” Pirate and Battleship units). 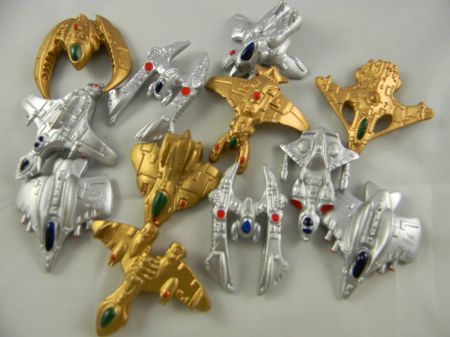 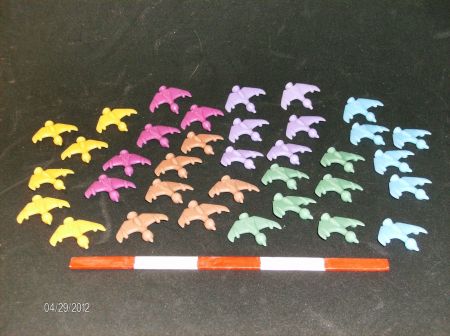 The Empire defends its territory. Borrowing a mechanic from an old 1970s kids game with a WWII Pacific theme, Hit the Beach, each time a player eliminates Imperial units, they get to place those units in a sector of their choice that the Empire still controls. So as the Empire shrinks its gets a little tougher, but you also get to place units to try and slow down the growth of other players.

How to get Glory:

For the Endgame, your Glory is converted into Power, and this is your only source of power for actions in the final turn of the game. So all players will want as much Glory as they can get.

Blame mechanics: last few versions of the game had Glory resetting to zero, what I want to do this time is to reset it to one point below the lowest player (which could be yourself).  Blame comes mainly from rolling Skulls in combat, or from being Corrupt to try and increase power income. 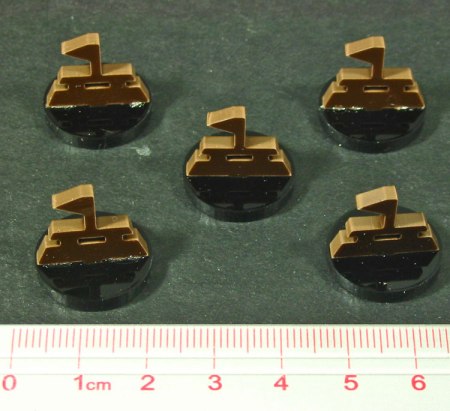 These ones will be good for representing Bases in the game (I already have some Parthenon style plastic markers for Monuments).  The ones below could be used to represent sectors devastated by combat involving Dreadnoughts (Nuclear hazard marker) or the Power income tokens (atomic power symbol).  These were not cheap, but they should make the game a bit more fun. 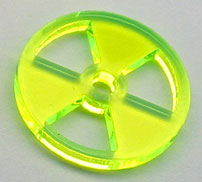 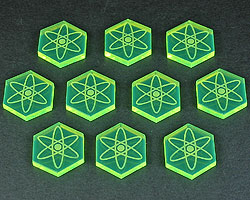 Barbarians at the Gates

First, a couple of links.

http://wargamingmiscellany.blogspot.co.nz/2012/02/memphis-mangler-iv-report.html?m=1 (A nice write up a large scale Vietnam game).  And the mega game people in the UK are doing a Zombie game: http://www.megagame-makers.org.uk/megagame-urban.htm

Recently I read Edward Luttwak’s Grand Strategy of the Byzantine Empire, which gave me a few new ideas about how to do a Decline & Fall game.  The Byzantine’s had a strategic problem, of having infinite enemies.  If they wiped out a group of barbarians, they risked losing the entire army  in battle, were down coin and soldiers if they won, captured nothing of value, and got to watch more barbarians migrate into the space where the old barbarians used to be a few years later.  This led to an operational strategy of avoiding combat, and using diplomacy to play the barbarians off against each other.  Not a bad strategy, as it worked for the best part of a thousand years.

So for this “At The Gates” game, the players are the barbarians invading the Empire.  Some possible objectives for the players:

So part of the game is trying to figure out what objectives the other players have, and trying to interfere with that where possible.

As players advance, they gain loot from capturing Imperial territory.  Each turn they can gain some recruits from frontier zones they control, and continue the invasion into fresh Imeprial territory where more loot awaits.  Or they can stop movement for a turn, and spend loot to recruit forces, including special capability units.  When they stop to build like this, they also get to repair damaged Imperial defences (the ones in front of other players of course).

Potentially the Imperial defences could get quite hard to penetrate towards the end game, so doing some building should be a good chocie at some point during the mid-game, although I think the early game will be all about grabbing as much as possible.

As a twist, their are two (or more) piles of Imperial loot, which increases by one token of loot a turn.  A player can choose to take the Emperor’s coin for a turn, and take one of these loot piles.  During that turn they are a Warlord recognised by the Empire, so they cannot attack the Empire and score extra points for attacking other barbarians.

… tomorrow night, I should find time to post about the next set of ideas for the Bucjets Grand Strategy (in summary, no dice, and change agents into barbarians).