For The Galaxy Will Burn I am planning to use the tower building and collapse game of Jenga as part of the game mechanics. This is to represent the collapse of bubble economies. As the Jenga tower grows higher, players can gain a bonus when they trade, and the bonus gets bigger as the tower gets higher. When the tower falls, that ends trading at that game table until the central government intervenes to get the trade mini-game up and running again (in the grand tradition of privatising profits and socialising losses). I am hoping that this creates some of the emotional tension of market trading.

As some people have pointed out, there is the sandbox problem of what to do with the kid who likes knocking sandcastles over. I think the best solution to that is to make it clear to the players that the spirit of the game is to do your best not to knock the tower over, and have a little in-game penalty for when it does happen. I think that is the 99% solution for 50 cents, or two lines of rules rather than two pages of rules. 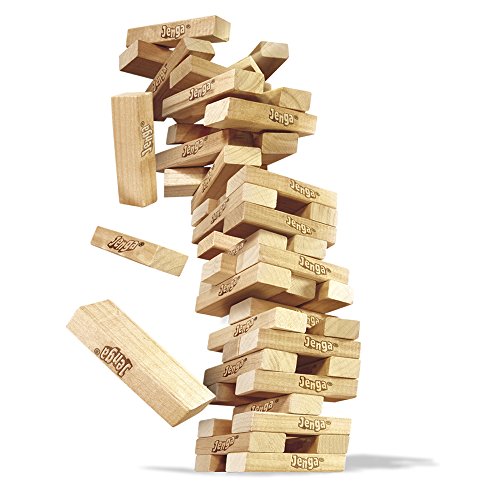 I spent a lot of time last weekend thinking through the rest of the trade process. My conclusion today is that making trade a 20 minute mini-game is not going to work. This is partly because of the process elements. If you need to collect trade resources at table A, take them to table B, and then put them through process C, before taking resource D back to table A, then you have a lot of components which Control needs to be tracking. It is also because unless there are a lot of resources to trade and a lot of potential rewards to buy – on par with the complexity of the old Advanced Civilization boardgame – then there is not enough important stuff for the trade mini-game to actually resolve.

Remembering that less can be more in Megagame design, my design intent is for there to only be half-a-dozen rewards from trade, but for each reward to be quite powerful. It will also be simple enough to be handled at each map table, during normal gameplay. This means trade competes with the other gameplay options, i.e. you have to fit trade in and around options for building and moving units, fighting battles, etc.

The Jenga tower is the key chokepoint for mechanical resolution. If a standard turn of player action is resolving six-nine actions in 20 minutes, then the number of draws from the Jenga tower needs to be limited. While I would like the granuality of letting a player make multiple draws based on the number of hyperlane bases they control, its too high a bottleneck potential. I could make an exception for a draw based on Megapower, and allow that to have a double draw.

For example, if you controlled three hyperlanes and did a normal trade action, you could boost a trade track by three. If it was a Megapower action, then you could increase two tracks by three, or one track by six.

The Jenga bars will each have a sticker on the end, indicating the reward it offers. Each time you draw a bar, increase the corresponding track on a player record display by one.

Bubble – for every 12 bars drawn, each player who completes a trade action gets one bonus atomic power counter. I do not expect this bonus to stack more than three times. The best estimate of number of draws to Jenga collapse I have found is a range of 12-35. When the market crashes, reduce the trade track scores, with the highest players being reduced to zero, and other players losing half of their position (round up).

Rewards – you need the highest score at the table to benefit. Rather than handing out dozens of cards, the trade system just needs to keep track of five reminder cards and a few counters on the player record track.

My next post will probably be on how I plan to do the technology/research side of the game.

2 thoughts on “Jenga and Galactic Trade”